Keynote: Change and history in the era of Black Lives Matter

David Olusoga is a historian, writer and broadcaster. He is the presenter of ‘A House Through Time’ and author of Black and British: A Forgotten History. Professor of public history at the University of Manchester, David looks at what our history reveals about contemporary society and the lasting effects of the British Empire.

Starting out as a researcher for BBC Radio 4, David was soon involved in producing and directing historical documentaries for the station, including ‘Namibia: Genocide and the Second Reich’, ‘The Lost Pictures of Eugene Smith’, and ‘Abraham Lincoln: Saint or Sinner’. From there he became a presenter for the BBC, appearing on documentaries including ‘Civilisations’, ‘The World’s War: Forgotten Soldiers of Empire’, and the BAFTA-winning ‘Britain’s Forgotten Slave Owners’.

David’s book Black and British was accompanied by a BBC Two series of the same name which he both wrote and presented. His book looks at the global slave-trading empire of Britain, how the country's 19th century economic and industrial might was built on American slavery, and how modern society has been shaped as a result. David is also the author of Civilisations: First Contact, The Cult of Progress, The World's War and The Kaiser's Holocaust: Germany's Forgotten Genocide and the Colonial Roots of Nazism. He regularly writes for The Guardian, has hosted the BBC’s The Civilisations Podcast, and is a regular contributor and commentator across broadcast media.

Find out more about David's work: 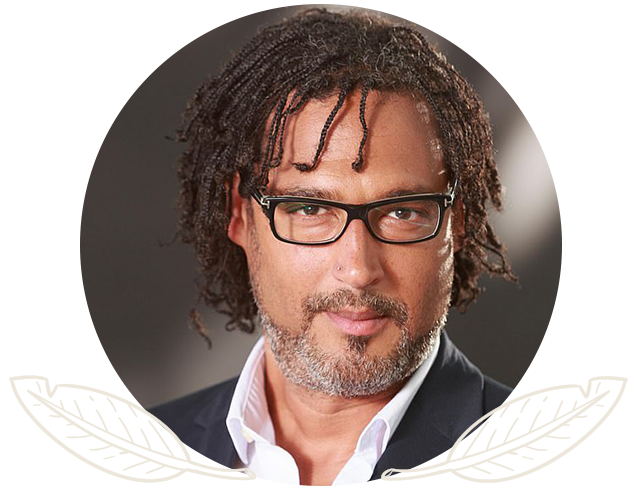