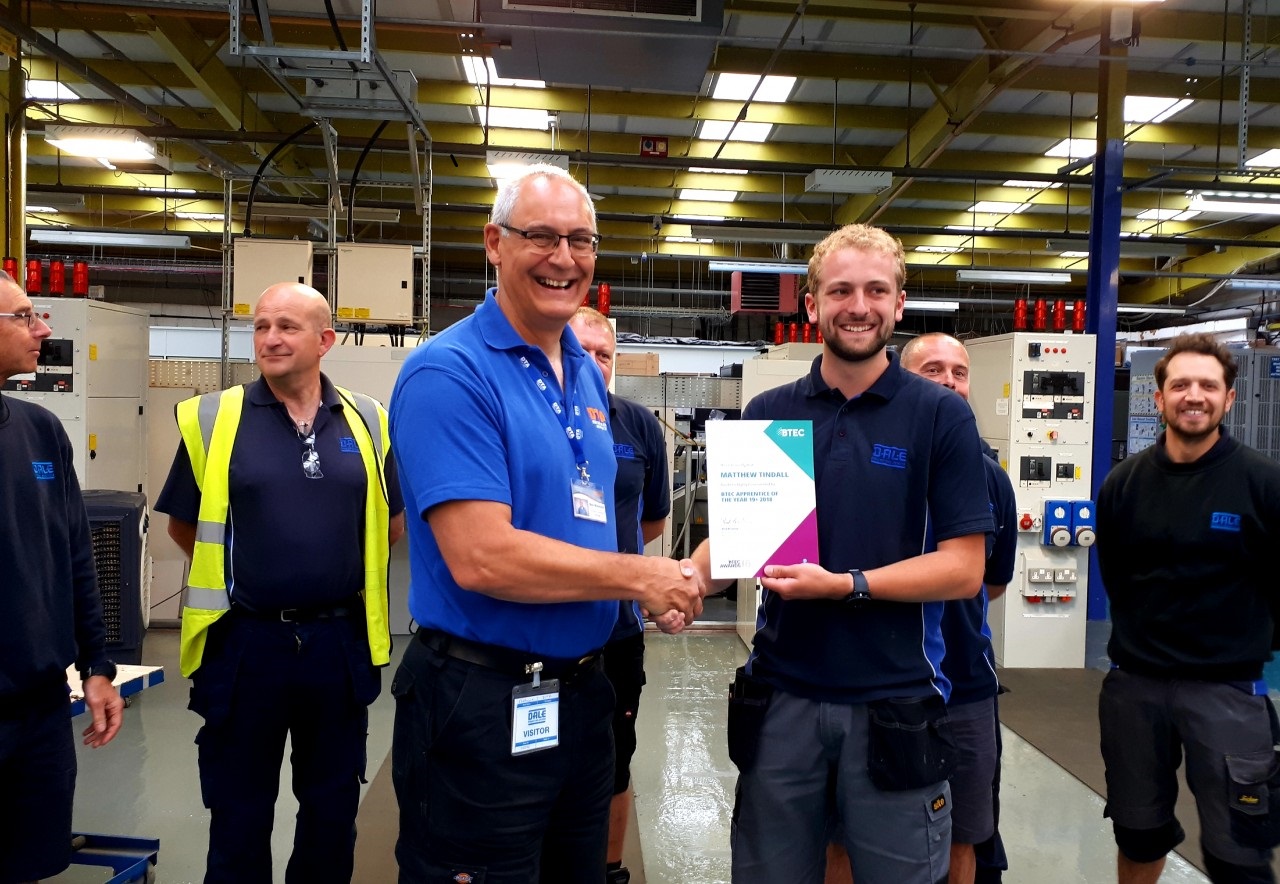 Matt Tindall always knew he wanted to go straight into employment after leaving school. He began working for Dale Power as a rotational apprentice four years ago.

Did you always have a career plan?

While at school I wanted to be a mechanic so I did a week’s work experience in a car garage, but soon found that the job wasn’t for me, so my school suggested going down the electrical route.

I knew I didn’t want to carry on with full time education. I wanted to start earning money and to see what working full time was like. Alongside this I knew I needed to carry on with my education so I thought the apprentice route was the best way forward for me. So I applied to my local training association and got a place so I started looking for apprentice providers and found Dale Power Solutions.

Tell us about your apprenticeship with Dale Power

I started on the shop floor as a rotational apprentice; spending time in all the departments of the business to see which area I liked most.

From the shop floor, I moved into the design offices doing electrical and mechanical design work. I then worked in facilities doing building maintenance and other jobs.

What skills have you learned?

Through my apprenticeship I have learnt a vast array of skills including team skills and life skills.

I have also learnt a lot of skills for the workplace through working in test. I now know how to test all of the products we build and can do Factory Acceptance Test inspections with customers and having gained a lot of confidence alongside all of the skills I have learnt.

What would be your advice to others considering an apprenticeship?

An apprenticeship lets you earn while you learn, you don’t have expensive university bills to pay off and you get out what you put in. It might not suit everybody, but if you don’t want to carry on with full-time education after school it is the best way to go.