How to change habits at an organisational – not just individual – level 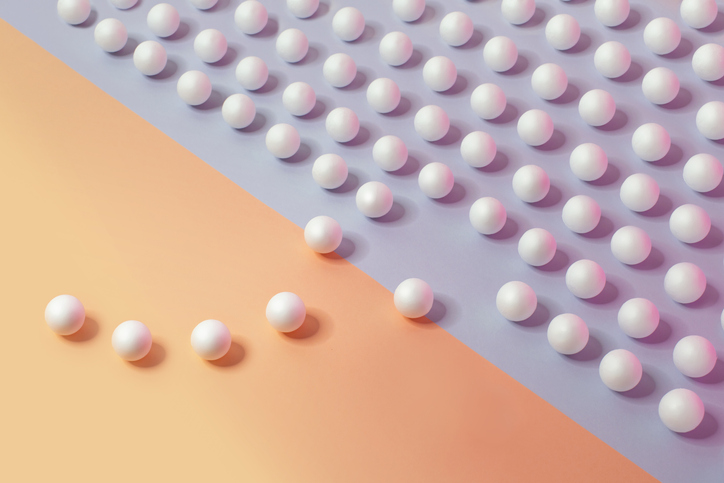 Habits are like routine. Our brain often switches subconsciously to auto-pilot mode. This 'habit loop', well detailed by behavioural neuroscientists, is also now better understood , allowing us to identify three principles which drive our minds and behaviours: social incentives (we care about how people see us), the immediate reward (we prefer a recognition now, rather than a theoretical one in the future)  and control monitoring (recording progress help us to adjust for the better).

Each of us can imagine something in our personal or professional lives that could be changed through these three principles. But what about changing habits at an organisational level, not just individual?

Why breaking out of routines can improve innovation

We learn from scientific studies that 40% of our daily decisions are, in fact, habits. They create themselves without our permission. This is a good starting point from which to investigate the potential for collective transformation.

It’s often the case that organisations hit the same wall again and again, wasting their energy and yielding fewer and fewer results because of these ingrained behaviours.

In organisational coaching we consider that there are at least four obstacles to changing collective habits: homeostasis, collective unconsciousness, the learning process and new ways of implementing the desired behaviours.

Homeostasis - why change can only happen if the collective is willing

Systemicists have long known about a characteristic of large collectives called homeostasis. This is where a perfect equilibrium is met between change and non-change. Peter Senge used to say that people don’t resist change itself, they resist being changed.

Habits can be reassuring in difficult times

Collective unconsciousness is an area which needs further investigation, as does the origin of established customs, either known or unknown to the organisation. This can be a strength but also a weakness in the face of organisational change. Habits are the social safeguards of an organisation and fully shape a company’s culture. We learn from Eric Berne that this is the first thing that an organisation will preserve when a group is under intense pressure.

A first step to changing habits collectively is to raise the level of collective awareness about what we do together and how we do it.

This brings us to the question of collective learning. Human Resources departments know that ‘Learning and Development’ is at the heart of the most resilient organisations. Changing behaviour is a question of awareness, willingness, learning ability, and practice.

An organisation will have to investigate the way in which they learn collectively, and how to modify ways of learning and adjust their development paths.

Some questions are then asked by top leaders and C-suite level stakeholders such as: “How can we make change happen concretely in organisations?”. We don’t pretend to have the total solution here, but often the best starting position is to “begin by personally putting into place the desired behaviours that you want to see in your organisation”.

For organisational change to happen, it has to start with the individual

We are all blind to ourselves and so are organisations. That’s why they deserve to be guided and supported during their  reflection of what they do and how they do it.

Collectively changing our habits means starting with each person embodying the new behaviours we wish to see in our environment. That’s where difficulties occur. Fear is never far, and our vulnerability is made visible because changing collectively commits us all to an unknown destination. We knew what we were doing, but we don’t know what we will be able to do if we change.

Conversation is key - we are only limited if we cannot share

Our own limits are the limit of the organisation and changing habits for new ones require the ability to open up. Just as individuals do, large collectives fear judgement, humiliation, manipulation even though it’s barely ever discussed openly within an organisation. We collectively face roadblocks to overcome habits because it requires pioneers to pave the way, and the minority doing so know the associated risks too well.

Taking new and untested roads requires the courage to abandon the tried and tested ways in which we did things, often automatically, and finding ourselves in an uncertain environment. New collective cultures need to be created, values need to be re-discovered and living the change on a daily basis also requires learning how to unlearn.

Leaders in organisations that are considering designing new strategies to reach their new destination collectively, need to put some skin in the game. Organisational transformation is at stake.