What can Gareth Southgate teach us about leadership? 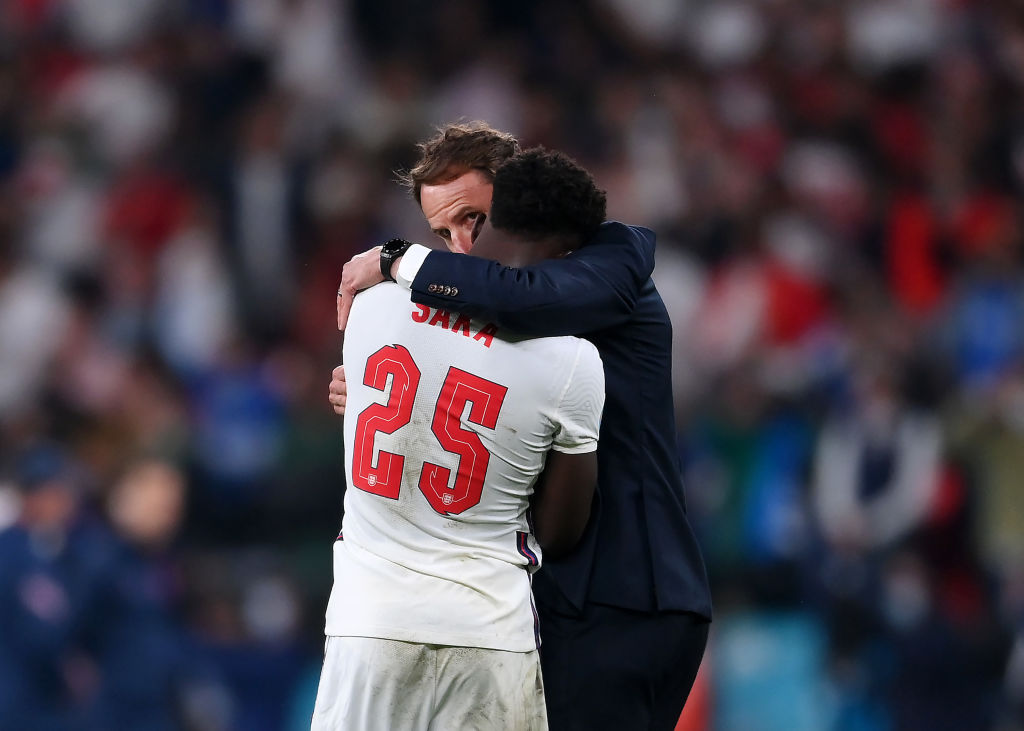 It’s been three weeks since Euro 2020(1) ended in a highly stressful showpiece. The game itself was as many predicted, tense, low-scoring, tearful, both happy and sad. Despite the result, I was proud of what our England team achieved that evening. The subsequent morning, I was appalled to find what some thugs across the country had done overnight.

Destruction and damage in cities across the UK – particularly central London – and of course, the racist abuse members of the team experienced after the final. I was furious and ashamed to the point that it threatened to take the shine of the fantastic experience of following the team throughout the tournament.

The following morning, I watched Gareth Southgate’s response to the players that missed penalties and it became clear that the England manager possesses a quality, certain fractions of their fans do not – empathy. The way he consoled Bukayo Saka and how in various post-match interviews took full responsibility, deflecting any criticism away from his players. He championed his team’s efforts, talking of their ethos of winning together and losing together, no matter the result.

Again, Southgate showed his ability to be empathic by issuing a statement addressing the racist abuse of Saka, Rashford and Sancho. I was blown away by the eloquence and raw emotions that came through - this wasn’t a corporate statement, it was powerful. While I had admired the England manager before, he demonstrated fantastic leadership qualities I, and many other, can learn from and apply when observing, specifically, his focus on the mental wellbeing of his team.

Emotional intelligence and the importance of mentorship

Southgate is involved, engaged and aware of all on-goings in camp, talking of a culture that allows his team members to do what they are good at while still being connected as a team. Throughout the tournament, he demonstrated that, as a leader, he is a mentor to younger players, a partner to more senior members and at times a tough motivator.

He adapts his style to the needs of each player with no ego or enforced hierarchy, creating a fun environment that is inclusive, supportive and caring. The empathetic nature he displays empowers the players to give their all for the country they represent, even in the final of a major tournament.

Business is no different. Conversations around mental health in the workplace often lead to initiatives, such as wellness days, yoga and access to various apps. While those are fantastic, what the England set-up is an example of is where mental wellness goes beyond that – it is at the heart of the culture, driven by the manager.

Good managers create a culture of mental wellbeing for their teams

Southgate protects his team at all costs. As a leader, he understands there is a responsibility of not just delivering good performances but also looking after the physical and mental wellbeing of his people.

In business, this is something frequently mentioned – specifically our responsibility for teams’ mental wellbeing. We spend a significant amount of our lives at work with many of the everyday pressure and worries coming from this world. Yet, the duty of care has always been more about physical than mental wellbeing. It should be equal. Some businesses are taking more responsibility, doing brilliant things to help change the conversation, shift perception, and support their people’s mental health. But many are not.

All business leaders should apply the same level of responsibility for each other that Southgate and his team displayed in the aftermath of the Euro Final.

It is why I am lobbying for mandatory reporting of mental wellbeing data for businesses across the UK. A mechanism where mid to large businesses report – through an anonymised survey – the wellbeing of their people could be a catalyst for real change and create the same environment England football players have come to expect as the norm.

With all the kindness, calm, and empathy comes a steely backbone. As leaders, a great culture, and keeping our team happy and healthy often stems from making tough decisions. Southgate’s approach is no different. Standing by his decision to leave key players out of the squad and condemning behaviour that crosses the line.

Recently, I have been having conversations around building resilience. As businesses emphasise helping employees maintain good mental health, there is the risk of instead taking on the role of making them happy. That is hugely damaging. We should create a working environment in which people feel supported and their mental wellbeing is protected. But we must also encourage people to build their resilience on their own accord.

At times, that will mean tough conversations where we may not be in a position to offer help. Instead, we need to signpost ways to get help, like speaking to specialists or discovering techniques to build mental resilience.

Leadership is not about having every answer and hand-holding people through difficult periods. Southgate’s handling of the racist attacks on his team displayed that. He made a clear, powerful statement, spoke to every player offering his support, and he then supported from afar. Sometimes, that’s the best thing a leader can do to help people find their strength.