Why investing in creativity is essential for the future of work 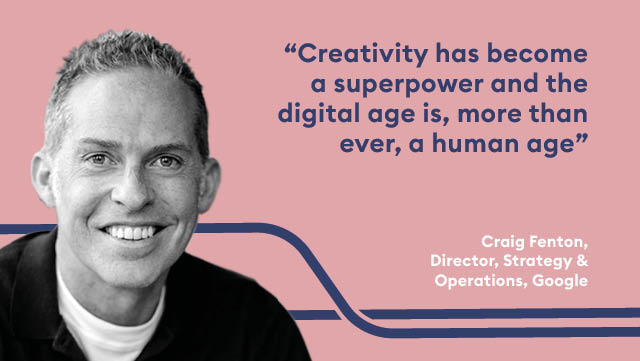 Since the moon landing in 1969, we've seen an increasing compression cycle of innovation.

Affordable computing is really only about 40 years old, the modern internet as we know it, about 20 years old, the smart phone, just over 10 years, and machine learning, in a practical useful form, only five years (though the computer science thinking has been around for many more years).

In October 2019, Google announced a breakthrough in quantum supremacy using a 54 qubit quantum computer to solve a mathematical problem in 200 seconds, that would have taken the most powerful supercomputer of the time 10,000 years.

Exponential growth that disrupts the status-quo

Each cycle of innovation is more material than the last and closer together in time. The pattern is exponential.

There are start-ups in garages all over the world inventing the future and disrupting the present.

The half-life of established companies is becoming shorter, as they struggle to innovate at the pace needed to lead rather than follow the market. None of the top five companies by market cap in 2008 were still top five just 10 years later. They are all different and all are tech companies.

Connectivity has also changed the way work is done.

As jobs evolve, our creativity will become our greatest asset

For young and old this means preparing for work that does not yet exist, in a business that has not yet been started, with skills that have yet to be defined - 65% of kids in primary school today will do jobs that do not currently exist.

In a world where change is the only constant, the Illuminati are those with the ability to thrive in ambiguity, see around the corners, learn constantly, imagine a future and then go and create it. They are the creatives.

And creativity – the ability to imagine a future different from today – is uniquely human. The final and most exhilarating frontier. Creativity has become a superpower, and the digital age is, more than ever, a human age.

Yet, as Sir Ken Robinson so eloquently put it, we educate our kids out of creativity. This pattern typically continues and is compounded in adulthood, where life takes over. We are educated out of creativity, then become too busy locked on our rails to return to it.

Why we should invest in the creativity of our people

I believe now more than ever, we need to invest in creativity, nurturing that human superpower that enables us not only to cope with change, but lead it.

That means investing in the creative arts, with a capital C, but also in creativity as a skill with a small c - the type that is applied in business, non profits, governments and other organisations to create the sort of innovation that keeps Britain at the leading edge of progress.

And the more diverse that talent pool and range of creativity we draw from, the better the innovation that emerges.