Why is board diversity important? Do upskilling and transparency help? 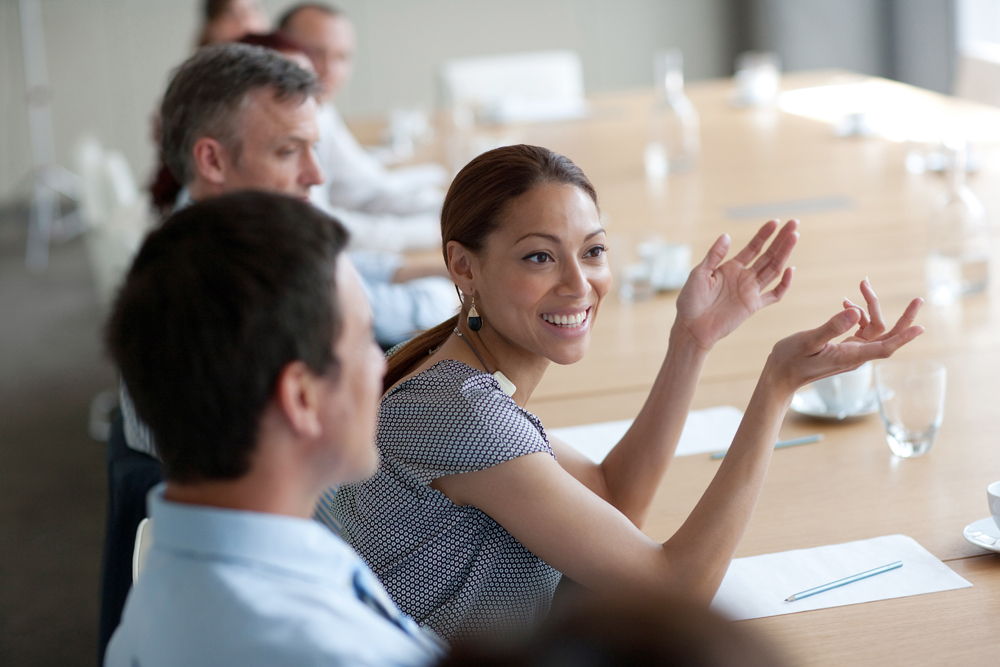 Diverse boards are instrumental to success within a global marketplace; they make more informed decisions and benefit the bottom line. Board diversity is important, and upskilling and transparency help.

Upskilling is a key factor in increasing boardroom diversity

Upskilling plays a key factor in ensuring everyone gets a seat at the table. Our apprenticeship levy-funded online management courses provide essential information that aims to equalise the ascent to the boardroom.

Heidrick & Struggles’ Board Monitor Europe 2019  report examined data on the background and experience of newly appointed independent, non-executive directors, by region and country, compared with past years.

What are the benefits of board diversity?

Given the need for organisational change in this era marked by geopolitical and economic volatility and uncertainty, as well as disruptive shifts in many industries, it is crucial that boards expand their knowledge base and become more resilient. A key contributor to these overarching goals is board diversity.

We view diversity in broad terms, as the balance of experience, backgrounds, and functional skills that boards require to support their company’s strategy. That balance will vary, but the ability to create the optimal balance will be increasingly indispensable to board effectiveness.

Diverse boards can have a stabilising effect in uncertain times

Further, there is now a well-established link between diversity in company and board leadership and profitability, plus the immeasurable but profound impact greater diversity has on corporate reputation.

Boards have one lever entirely within their control that will enable them to adapt to these often dramatic, unpredictable shifts: the composition of the board itself.

If the benefits of diversity are well established, why are we still seeing no change?

At a glance, among our key findings on recruiting directors from diverse backgrounds, we find little change in the past year;

However, in 2018, a new directive (2014/95/EU) took effect. The directive does not mandate diversity but sets guidelines on the disclosure of diversity information by large companies (generally defined as publicly listed organisations with more than 500 employees), providing a window into companies’ practices in this area of growing interest to investors.

It represents a major step forward in promoting diversity on European boards: from virtually non-existent a generation ago to considered ‘nice to have’ a decade ago to what is now viewed as an essential element for effective board functioning. However, implementation and results vary widely from one country to another.

An overview of implementation in The Economist notes that there has been “a decade-long push by governments [to promote diversity]” in much of Western Europe. More than a dozen countries have set quotas of 30%-40% for women board directors.

Some countries, such as Belgium, France, Italy, and Norway, penalise firms – with fines, bans on paying existing directors, and even possible dissolution – that fail to comply with the quotas. Germany, The Netherlands and Spain set quotas but do not sanction companies that do not meet them, while the UK only sets guidelines for women representation on boards.

It is increasingly apparent that those countries that have mandated gender diversity on boards by law, with sanctions for non-compliance, have made far more rapid progress than those that have made these initiatives voluntary.

Why compulsory diversity in France has fostered the most significant change

France has taken a compulsory-compliance approach to achieving gender diversity on boards, starting in 2011, by mandating that women comprise at least 40% of CAC 40 board membership by the end of 2017.

Today, France leads the pack of European countries: on average, 44% of the board directors for 30 companies on the CAC 40 are women. This change has been widely embraced in the corporate sector; several of the largest companies have now exceeded the quotas.

Other countries that have followed the mandated approach have made similar, significant strides. In 2003, Norway was the first European country to pass such a law and has gone from 6% female representation among non-executive directors on public company boards as of 2027 to 42.5%. The UK has taken the approach of voluntary compliance with government guidelines and is also doing relatively well in meeting them.

Other countries with “soft laws” (no required sanctions for noncompliant companies) are making similar, if slower, progress, perhaps in part because of less public pressure – although recent demonstrations, such as those by women in Switzerland demanding equality with male counterparts, may be changing that. Meanwhile, Switzerland, with only 21.3% female representation on public company boards in 2017, and Spain, with 22.0% in 2017, have established quotas to boost female representation to 30% by 2024 and 2020, respectively.

What are some additional benefits of board diversity?

There have been a number of less directly intended additional benefits of board diversity initiatives.

When directors with fresh perspectives join boards, they contribute to more professional and more engaged boards. That is because an increasingly and intensely complex global business environment has changed the work of the board and what is required of board directors. While director competencies traditionally centred on finance and operating experience, boards must now be fluent in topics such as technology and digital transformation.

With this expertise very much in demand, boards should consciously assemble a team that balances younger directors who possess newer skills with more senior, experienced directors who are still relevant to the business with critical industry and institutional knowledge.

Diversity can also mean a step-change in functionalities

Diversity efforts have helped to rejuvenate boards that have recruited younger candidates, largely because the newly added non-executive directors tend to be drawn from less traditional corporate, non-CEO ranks. Boards have not been able to rely on the “old boy network” for board candidates and have been forced to cast a wider net. In the process, they have been able to recruit far more diverse directors, in terms of not only gender but also function, including COOs, CFOs, CHROs, chief information or data officers, chief legal officers, and divisional CEOs.

In the longer term, enhanced recruiting practices that focus on a broad range of diversity characteristics, including nationality, will mean a much larger, more diverse pool of highly capable directors for boards to choose from. Service on these boards, and the greater visibility that confers, will likely enhance the careers of these new directors, ensuring accelerated progress toward achieving greater diversity at the corporate level.

Getting the balance right - experience versus new perspectives

Nonetheless, boards have other priorities and concerns that may conflict with increasing diversity in their ranks. In the context of the barrage of economic and industry challenges, it is also important to secure experienced non-executive directors who can help them weather the storm.

Our data show that many European boards are seeking such experienced directors, which may partially explain the apparent lack of progress in diversity representation. Specifically, we see nominating committees seeking directors with a history of varied and broad experience they can draw on, including directors who have previously been through major change, preferably as CEOs, and those with a background in mergers and acquisitions and restructuring.

What are some exceptions?

We are seeing some exceptions for increasing board diversity, particularly for boards seeking urgently needed skills dictated by the strategy that are lacking in current directors, such as cybersecurity or digital expertise: on average for the region, 24% of appointments had social media or digital experience, and 12% had experience in cybersecurity.

However, some boards have found ways to access those talents by creating specialist advisory boards. This solution may not provide the same value as diverse directors who can weigh in regularly on strategy, performance discussions, and decision making.

Finding new directors doesn’t have to be an either–or choice between veterans and novices. Nominating committees have a much more complex benefit–risk calculus to consider.

A balanced, effective, and future-proofed board requires both experienced hands and directors capable of guiding companies on what may be a vastly different future path.

We suggest a shift in perspective and approach. Boards should focus on maintaining a team that can represent the interests of major stakeholders and customers and is aligned with the future and strategy. The apparent risks of recruiting younger, often first-time, directors are easier to ameliorate than boards realise. There is an array of options for boards to compensate for lack of experience in the boardroom.

How to compensate for any skills gaps that may arise

First, there are formal onboarding programmes for new directors that help build key competencies, which can be supplemented with mentoring programmes. These set the tone for other directors on the importance of integrating new directors who provide valuable perspectives and skills.

Meanwhile, long-serving board members who are not accustomed to new perspectives and ways of working may require additional support. Even the best new board recruits will be unsuccessful if they are not accepted as peers. Building a more inclusive board culture, perhaps with external advice, and certainly driven by the board chair, is important.

Finally, there is also a growing premium on agility. Younger directors must get up to speed on the business and industry so they can contribute to boardroom discussions beyond their relatively narrow area of expertise, and older directors must become sufficiently knowledgeable in new areas of importance to the business to engage in discussions and ask intelligent questions. Shared objectives of continuous learning, skill development, and the need for directors, whether novices or veterans, to contribute can help build a cohesive board.

Based on our own perspective and a longer view of governance history, we remain optimistic about the boards’ ability to adapt to a fast-changing business environment.

If, as the data in our report suggest, diversity progress has slowed, we firmly believe this is merely a temporary blip. With mounting evidence pointing to diversity as an essential element of success, there is greater regulatory and stakeholder pressure to achieve increasingly ambitious diversity goals. Boards themselves now recognise that a diverse, balanced board is integral to their future effectiveness and the value they provide their companies.