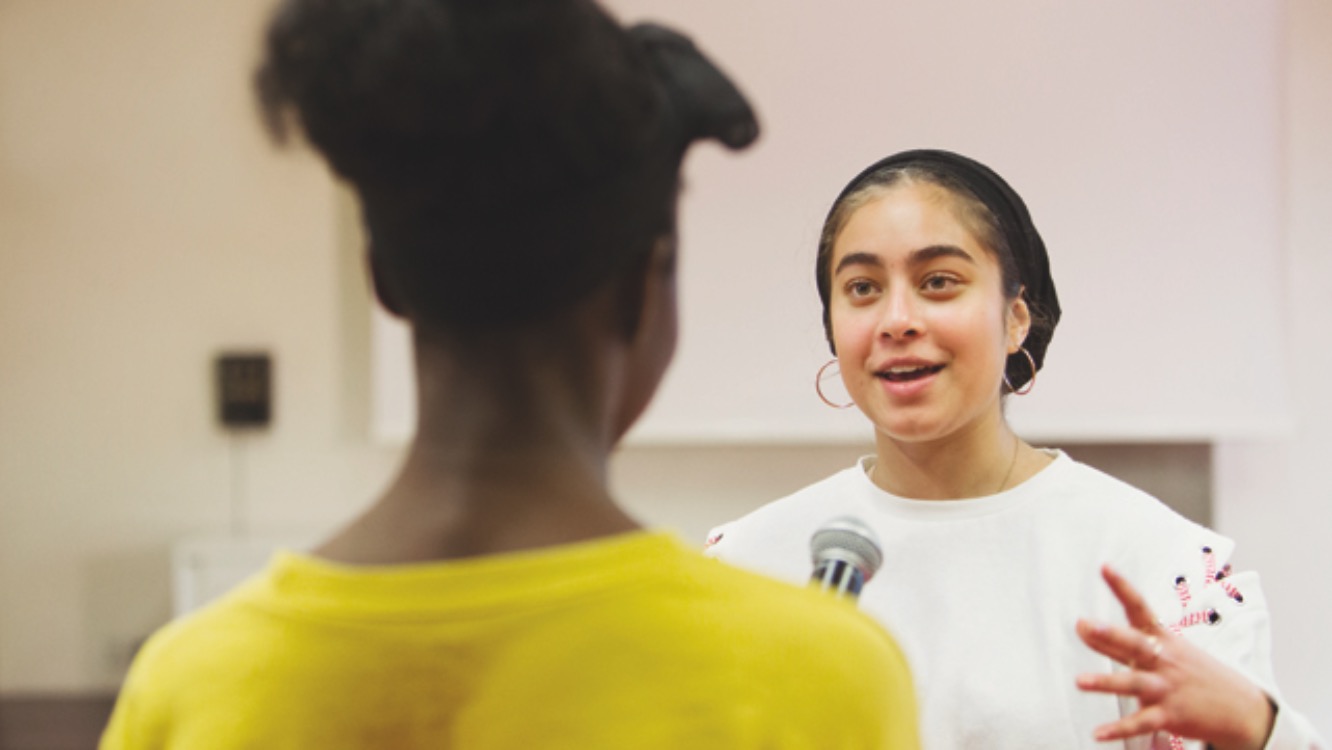 Young entrepreneur Josh Clarke co-founded his careers advice platform, Occumi, while at university. We spoke him about entrepreneurism and supporting young people to articulate their transferable skills.

Tell us about your business, Occumi, and what it offers young people.

We help students to identify, understand and better articulate the transferable skills that they’ve developed from their education and work experience. We have two streams of work and the first is direct support for students. We have a web tool that students can log onto through their educational institution. They enter their educational qualifications and work experience and are presented with all the skills that they are likely to have developed based on what they’ve entered.

Sitting behind that is a lot of research that we’ve done ourselves into what transferable skills an individual develops from studying certain courses or subjects at a certain level, or from working in a particular industry in a particular role. Whether that’s full-time in a bank or part-time in a supermarket, you will develop valuable skills.

We worked closely with academics and employers, aiming to join the dots between the education and employment pieces. A lot of young people from wider-participation backgrounds, or first-generation students, don’t have the social capital to be able to speak to people about their skills, understand what employers are looking for or the opportunities that are right for them.

Our research involved more than 1,000 unique data points, including input from over 650 university lecturers, course outlines and findings from existing studies.

With the tool, each student is instantly presented with a personal dashboard, providing information about their skills and the terminology that employers are looking for; for example, ‘analytical thinking’. We help show students what that skill actually means.

How does Occumi help employers to address unconscious bias?

The second part of the business uses the same skills-identifying algorithm to help employers filter candidates based on their transferable skills rather than on their background.

This helps employers to reduce bias in that very initial stage of recruitment. It’s primarily with companies that are recruiting at entry level or for early careers and often they are recruiting in large numbers. For example, they might have 400 applications; how do they narrow those down in a fair and unbiased way?

We work with them to help identify the practical skills they are looking for, around a particular role, and then we can filter the candidates that come through based on their skills. We want recruitment to be based on merit, around the skills that an individual has and whether they’re right for the role, rather than encouraging diverse recruitment for diversity’s sake. We know there are people from all sorts of backgrounds who have talents that make them suitable for certain jobs. It’s just about giving them the chance to get their foot in the door, levelling the playing field.

We want recruitment to be based on merit, around the skills that an individual has and whether they’re right for the role

How did you come up with and develop your idea?

Joe and I have known each other since we were 11 years old and we were halfway through our second year at the University of Kent when we came up with the idea; I was studying psychology and he was doing history.

We were at a point when we were starting to think about what we wanted to do after university, and we were both first-generation degree students. I’m also from a BAME background. We wanted to work in London and experience the corporate world, but we didn’t know anyone who had done that or what employers were looking for.

We were conscious that we’d be competing against people from Oxford, Cambridge and Russell Group universities, which might be seen as more favourable than ours. We felt within ourselves that we had valuable skills that would allow us to do the sort of roles we wanted – but what exactly were those skills and how could we articulate them to employers? Exactly what opportunities were available to us based on the skills we had? These were the questions we had at the time.

From that point, we started doing our initial research, speaking to our peers and seeing whether they felt the same and then to students across different universities. After that, we spoke to academics and employers, before moving on to developing the algorithm we eventually we would eventually turn into a web-based tool.

How did you get it off the ground?

We did the research and developed the algorithm ourselves. But we are not web developers. We knew we had to get funding in order to build the initial prototype. When we were testing the concept, we entered a university competition to see whether it had real business legs. It was only a couple of weeks after we’d had the idea and we found ourselves runners up. So that’s where we decided we could pitch for investment.

We are both from Colchester, Essex and were fortunate to be able to pitch to a local investor, who helped us get the initial thing off the ground. Neither of us had experience of pitching or public speaking. We had to develop those skills along the way, speaking to companies and at universities.

Is there a mismatch between the skills young people have and those employers need?

There has been a lot of talk around skills gaps in business – and there are definitely some technical skills gaps – but sometimes there’s more of a mismatch around how graduates communicate the skills they have. They might come across as less skilled in certain areas than they are. Less experienced students often have less understanding of the value of the things they’ve done.

Skills needs vary from industry to industry. But we have created a bank of around 40 transferable skills, having spoken to employers and academics to identify which are developed through certain experiences and education.

Critical and analytical thinking are skills I’d highlight, because I think young people often gain them through education, but aren’t always aware that they have them or how important they are to employers. Young people might study something really relevant that gives them these sorts of skills, but they might not be aware that they have developed that mindset, or be able to communicate it effectively.

What things might young people have done to acquire relevant skills and experience?

With any educational qualification, there’s a set of associated skills. For example, if you study psychology, you get a bit of technical knowledge about how the brain works, but that’s not necessarily going to transfer into a role you’re going to do. But the statistical skills that you learn could. The ability to think critically about things is needed across all industries.

Then there’s work experience. A lot of students tend to overlook part-time work in Sainsbury’s or in a bar; they may discount it. And an employer might not be able to see the value in it because the applicant hasn’t gone into any detail about the skills they have developed there. But young people can gain skills around time-management, planning and customer service in these jobs, all things that are valuable to employers.

It’s about ensuring that everybody’s using the same language around skills. For wider- participation or first-generation students with lower social capital, if they are not able to speak the same language as the employers, they’re automatically at a disadvantage. It’s vital that they can identify the skills they have, understand their value and articulate them.

What advice would you give to young people at school around developing transferable skills?

Young people should become more aware of the value they’re gaining from the things they do inside and outside of school. At school there’s a lot of group work where you’re developing your teamworking, communication and presentation skills.

The same is true of part-time jobs. Even young students might have a paper round. That’s giving them time management skills – getting up every morning – and the organisational skills to ensure that the papers are going to the right houses. These are valuable and will help them in later life. Employers will be looking for you to show these skills and the earlier you clock on to how much you’re learning, the better position you’ll be in to understand and communicate them.

I’d also advise against specialising too early. At school, there are opportunities to learn many different things; dip a toe in the water. Don’t syphon yourself off into a particular career path too soon. Try lots of things and keep your options open. Transferable skills are suitable to many different industries.

How to become a mechanical engineer: Emma's career case study

Sign up with us to receive updates and news in your specialist area.

Our magazine’s mission is to provide leaders in education with the inspiration and insights needed to connect the world of education to the world of work.